[46] So he came again to Cana in Galilee, where he had made the water wine. And at Capernaum there was an official whose son was ill. [47] When this man heard that Jesus had come from Judea to Galilee, he went to him and asked him to come down and heal his son, for he was at the point of death. [48] So Jesus said to him, “Unless you see signs and wonders you will not believe.” [49] The official said to him, “Sir, come down before my child dies.” [50] Jesus said to him, “Go; your son will live.” The man believed the word that Jesus spoke to him and went on his way. [51] As he was going down, his servants met him and told him that his son was recovering. [52] So he asked them the hour when he began to get better, and they said to him, “Yesterday at the seventh hour the fever left him.” [53] The father knew that was the hour when Jesus had said to him, “Your son will live.” And he himself believed, and all his household. [54] This was now the second sign that Jesus did when he had come from Judea to Galilee.

Every action of Jesus on this earth was for the redemption and belief of man. As one follows the life of Jesus, it is easy to see how personal interaction was eternally bound. John records this almost passive event in the fourth chapter of his gospel to highlight belief and Jesus’ power over death. The son living another day on this planet pales in comparison to the conversion of the entire household. Life on earth is a blessing, but life with Jesus forever is supreme.

No matter the circumstances of life, everyone should remember the invitation of Jesus to believe. How we share the gospel in the midst of difficulty speaks of our faith “through the night.”

Ask God to help you keep eternity in view this week. Pray God’s Word back to Him, sharing the promises that you are clinging to. Pray for those in your household and neighborhood. “You can’t talk to people about God till you talk to God about people.” 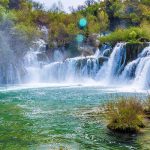 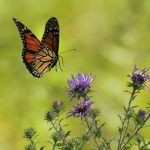 Setting Our Eyes on New LifeDevotionals