[16] “While Paul was waiting for them in Athens, his spirit was troubled within him when he saw that the city was full of idols.”

[19] “They took him and brought him to the Areopagus, and said, “May we learn about this new teaching you’re speaking of? [20] For what you say sounds strange to us, and we want to know what these ideas mean.” [21] Now all the Athenians and the foreigners residing there spent their time on nothing else but telling or hearing something new.

[22] Then Paul stood in the middle of the Areopagus and said: “Men of Athens! I see that you are extremely religious in every respect. [23] For as I was passing through and observing the objects of your worship, I even found an altar on which was inscribed: TO AN UNKNOWN GOD. Therefore, what you worship in ignorance, this I proclaim to you. [24] The God who made the world and everything in it — He is Lord of heaven and earth and does not live in shrines made by hands. [25] Neither is He served by human hands, as though He needed anything, since He Himself gives everyone life and breath and all things.”

[30] “Therefore, having overlooked the times of ignorance, God now commands all people everywhere to repent, [31] because He has set a day when He is going to judge the world in righteousness by the Man He has appointed. He has provided proof of this to everyone by raising Him from the dead.”

This passage in the book of Acts has always intrigued me. Paul arrived in Athens and began to look for conversation starters for sharing the gospel. He stumbled upon this idol “To an Unknown God” and used it to share the gospel before philosophers and other interested parties. There are so many applicable truths and observations in this text that relate to our modern times. Let’s try and clarify the truth from this passage with a few observations:

I told you this passage was intriguing. As we emerge from quarantine and the world slowly opens back up, we have a choice before us about our worship moving forward. We will be confronted with opportunities to fall back into some of our old ignorant idol worship or create new habits and patterns that ensure we worship God in truth. Here are a few ideas for how to be obedient to this text:

Father, You alone are worthy of our worship. Forgive me for worshipping idols that are empty and ignorant. Restore my heart to worship only You. Help me to remove the traces of idol worship from my life. Help me not to allow things, people, ideas, or fears to sit on the throne of my heart. Show me areas that need to be changed so that I may be a fully devoted follower of Christ. May Jesus reign in my heart, in my church, and in my city. Amen. 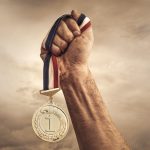