More of Him, Less of Me

He also told this parable to some who trusted in themselves that they were righteous, and treated others with contempt: “Two men went up into the temple to pray, one a Pharisee and the other a tax collector.  The Pharisee, standing by himself, prayed thus: ‘God, I thank you that I am not like other men, extortioners, unjust, adulterers, or even like this tax collector.  I fast twice a week; I give tithes of all that I get.’  But the tax collector, standing far off, would not even lift up his eyes to heaven, but beat his breast, saying, ‘God, be merciful to me, a sinner!’  I tell you, this man went down to his house justified, rather than the other. For everyone who exalts himself will be humbled, but the one who humbles himself will be exalted.”

In this passage Jesus is teaching us about the damaging effects that self-righteousness and self-confidence have on our lives. As we look at this parable, keep in mind the audience to whom Jesus is speaking in relationship to the characters from the text—the Pharisee was their religious leader and the tax collector was someone they viewed as the scum of the earth.

When the Pharisee begins to pray, he immediately puts himself up on a pedestal by saying he’s not like other people—cheaters, sinners, adulterers and certainly not like the tax collector. He goes on to brag about his accomplishments and the things he believes make him righteous— fasting twice a week and giving a tenth of his income. One of the problems we see here is the comparison he makes of himself to other people. By doing this he’s basing his actions and the way he should live according to other broken people (see 2 Corinthians 10:12 and Galatians 6:3-5). Another problem we see is the value he places on the things he does for God and fails to mention anything that God has ever done for him (see Jeremiah 9:24). If fasting and tithing by his own effort could make him truly righteous before God, there would be no need for Jesus.

When we look at the tax collector, we see the beauty of God’s presence having an effect on this man’s soul. As he prays, he dares not even lift his eyes to heaven but instead beats his chest in sorrow asking God for mercy and admitting he’s a sinner. You can see this man’s shame and despair as he comes broken before God. But I believe in his brokenness, he can see God’s beauty and knows a forgiving God. The tax collector believes God can give him a completely new life, so he begs God for mercy and admits he’s a sinner. Imagine the crowd’s reaction as Jesus finishes his story by saying the tax collector (someone they hated) is the one who went home justified before God.

It’s easy for pride in our own accomplishments to creep up in our minds and pull us away from God. It begins to affect the love we have for people around us and our view of them. When we take our focus off God and who we are in Him and instead place it on ourselves and who we are in this world, it blocks our ability to be the people He has called us to be. We exalt ourselves instead of the awesome God we serve. Life wasn’t given to us to spend comparing ourselves to others and following a few rules with the hope that on the day of judgment it will somehow be enough to count us as righteous. There’s a greater purpose in life that God has set aside for each one of us, but to see that purpose and be able to grasp it, we must come as the tax collector did, realizing our brokenness and seeing our need for a Savior. As we walk with Him and marvel at His beauty, we begin to experience that love, grace, and peace that every soul longs for, and in turn that experience begins to flow out of us, causing others to question what we have that makes us this way, and that answer, of course, is Jesus.

What talents and abilities have God given you that make the things you do possible and in what ways can we use these things to glorify Him more? Let us not forget to notice His presence in our day-to-day activities. What are some ways you can stop and thank God for what He has done?

Pray that our eyes would be fixed on God and what He has done, not on us and what we can do. 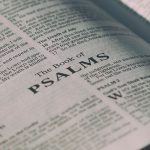 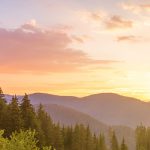