[1] Paul, a servant of God and an apostle of Jesus Christ, for the sake of the faith of God’s elect and their knowledge of the truth, which accords with godliness, [2] in hope of eternal life, which God, who never lies, promised before the ages began [3] and at the proper time manifested in his word through the preaching with which I have been entrusted by the command of God our Savior; [4] To Titus, my true child in a common faith: Grace and peace from God the Father and Christ Jesus our Savior.

Though listed in most Bibles as a greeting from Paul to Titus, these first four verses are packed with gospel truth. Paul unfolds his salvation and role of apostle all for the sake of those that would be saved. Paul (like every believer) was saved from sin and saved to share the gospel. 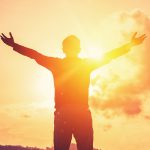 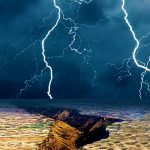