“Where were you when I laid the foundation of the earth? Tell me, if you have understanding.”

“I will question You, and You make it known to me. I had heard of You by the hearing of the ear, but now my eye sees You…”

When thinking about suffering, Job is often a book that comes to mind. Job’s cattle and servants were killed, then his children, then his own health jeopardized. Prior to these events, when God speaks of Job in the first chapter, He defines him as “a blameless and upright man, who fears God and turns away from evil.” Clearly, Job’s suffering was not due to God’s judgment against a particular sin. Job’s suffering was an opportunity for God to reveal Himself and His righteousness, as well as to test Job’s faith. Job did not blame God for his misfortune; he continued to praise. But he did ask “why?” God’s response was not the typical sympathetic, encouraging response that one might expect to be given to someone in such physical and emotional pain.

For four chapters, God reminds Job of who HE is; His power, His sovereignty, His supremacy over all. Who is Job to question why God does anything? The wonder of a Being who can tell the “proud waves” where to stop (38:11) and instruct the rain and mighty thunder where to hit (38:25) has left Job humbled and without words. Through this revelation of God, Job begins to understand the great chasm between God’s righteousness and his own unrighteousness. He realizes how absurd it is to question God and assume he is of equal competence. Job was dearly loved by God, and he was recognized as one of God’s most faithful servants, but even Job’s uprightness came up short in comparison to God’s holiness.

Eventually, Job responds: “I had heard of you…but now my eye sees You, therefore I despise myself and repent in dust and ashes.” Before he lost everything, Job had heard of God and believed, but through his suffering, his spiritual eyes were opened to God’s true greatness. Deeper understanding of God and His wonder should always lead us first to repentance, and then to worship.

Job’s story gives us great understanding as to why Christ had to come to die. Even Job’s virtuous character came up short in comparison to God’s righteousness. Likewise, we cannot boast in our own good works or character, for in light of His righteous power, we can more clearly see our own unrighteousness.

You alone are GOD. You are Almighty Jehovah, our Creator, and Provider, Our Sovereign Lord. Who can find fault in You? Reveal more of Yourself to us, and reveal our own hearts as well. Help us to see our sin the way You do, all the while giving us grace to be more like Your Son, Jesus. May we walk in assurance that You are in full control over all things. 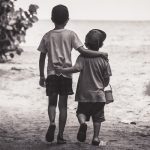 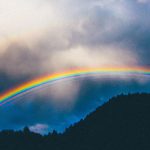